[Want to see the roster for Season 1?]

Season 2 is wrapped up! It’s been a whirlwind of a time and I have thoroughly enjoyed speaking with an All-Star guest roster. My quest to build my very own venture fund is growing closer day-by-day, and I love that I have so many supporters who are rooting me on! I’m so very glad I’m documenting the journey, it’s going to be a wild 2020!

We are now two full seasons into my learning adventure into venture capital. While these interviews have been crucial to my learning regimen, I’ve had countless of in-person conversations with VCs that have been absolutely powerful as well (see below for more Twitter takes on whom I’ve met this season)!

Let’s get onto some learning from Season 2:

I am absolutely delighted to be in a position where I can bootstrap the early beginnings of the infrastructure of my own venture fund. Consulting with startups and companies in Agile is something that I’ve always been passionate about as Scrum and Agile changed my life!

I look forward to what 2020 Q2 brings. It’s amazing that so much has happened already in such little time. I’m telling you, with dedication, persistence, and assertiveness to the goal, all things can be achieved.

Thanks so much to all my supporters out there who are coming along on this journey with me. To infinity and Bitcoin!

The Top 50 Venture Capital Podcasts for VCs, founders, startup entrepreneurs, and the tech-curious!

I understand the VC game better than most. Follow my advice and you’ll become empowered and unleashed!

Purpose-driven action. I’m the millennial VC. You should know me.

I represent the Caribbean future of early-stage startups. Access to me is access to the future for Jamaica and beyond!

I know what you don’t. Let us take a look at your data and tell you a story. Stay awhile and listen. 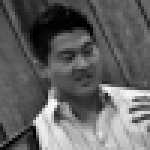